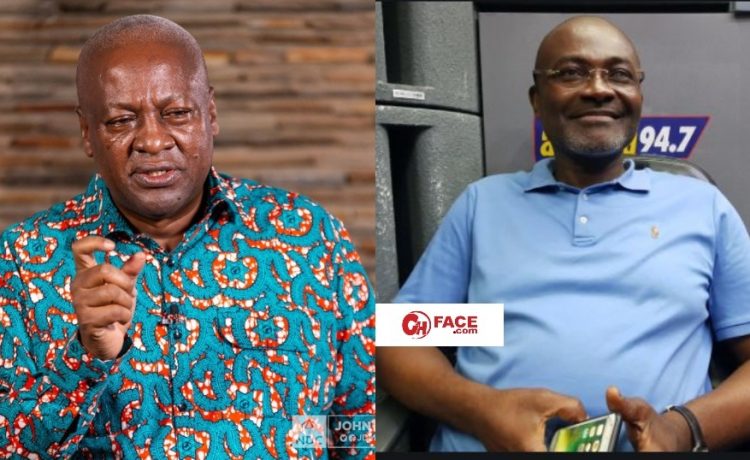 The NPP MP who based his conviction on the numbers from the 2020 polls said the former president cannot be underestimated in his ability to win the 2024 elections.

According to Kennedy Agyapong, a critical analysis of the numbers of the 2020 polls indicate that the flagbearer of the National Democratic Congress (NDC) at the last presidential election can beat NPP In 2024.

“Don’t… underestimate President Mahama because he lost by over a one-million-vote margin and in the last election, it reduced to 500 [thousand]. It tells you that he is a force to reckon with, so don’t….mount on ancient platitudes that we won in 2016, 2020, and 2024; is a done deal.

When you look at the reduction, it tells you that he is still a force to reckon [with] and we can only do this when we unite the party because when you look at the number of MPs who lost their seats, it’s all because the party people were disgruntled about the MPs so the question is have we been able to resolve that? If you don’t do all these things and now you start campaigning, it will still affect us.”

READ MORE,  Let’s not blame Akufo-Addo for the lights out – Johnnie Hughes

“Our third term will be dependent on the performance of President Akufo-Addo’s second term which he has just started so, where from these ambitions that we don’t want to help him run this country effectively, [and] competently for people to feel that yes there is government then out of the blue they are emerging from all corners that they want to be president. I’m afraid for the party.”