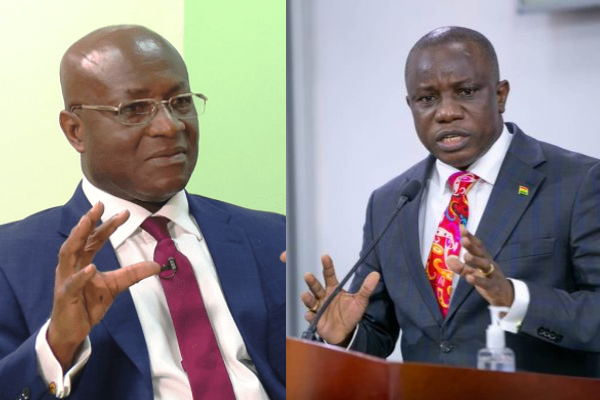 The Majority Leader and Minister for Parliamentary Affairs Osei Kyei-Mensah-Bonsu is among a total of eight Ministers expected to attend upon the House next week to respond to thirty-four parliamentary questions in relation to the performance of their respective Ministries.

Prominent among them is the Defence Minister Dominic Nitiwul who will explain to Samuel Okudzeto Ablakwa (North Tongu), the nature of steps the Ministry has initiated to purchase a new Presidential Jet as announced by the Director of Communications at the Presidency, Mr Eugene Arhin on 27th September 2021 and the policy justification for the purchase.

He will similarly answer a question by Ernest Norgbey (MP, Ashaiman) about the outcome, so far, of the investigation into the killing of one Mr Eric Ofosu by a military officer in March 2020 during the Covid-19 lockdown in the Ashaiman Constituency.

Dominic Nitiwul will further furnish Isaac Ashai Odanten (Tema East) with administrative and economic programs the Ministry has outlined to provide sustainable welfare support for Veterans in accord with the responsibility of the State as outlined in the VAG Act and the admission requirement into the Veterans Administration, Ghana as well as how the process engenders good service conduct.

These disclosures were made in Parliament on Friday morning by Deputy Majority Leader Alexander Afenyo-Markin when presenting the Business Statement of the House for the ensuing week ending Friday, December 17, 2020.

The Effutu MP further indicated that the House will commence consideration of the 2022 Budget Estimates of the various Ministries, Departments and Agencies on Monday 13th December 2021while the Appropriation Bill has been scheduled to be taken through the various stages on Friday, 17th December 2021 in accordance with Order 119.

Other Ministers scheduled to attend to the House, according to the Deputy Leader, include sector Ministers from Local Government, Decentralisation and Rural Development, Energy, Communications, National Security, Trade and Industry as well as Gender, Children and Social Protection.