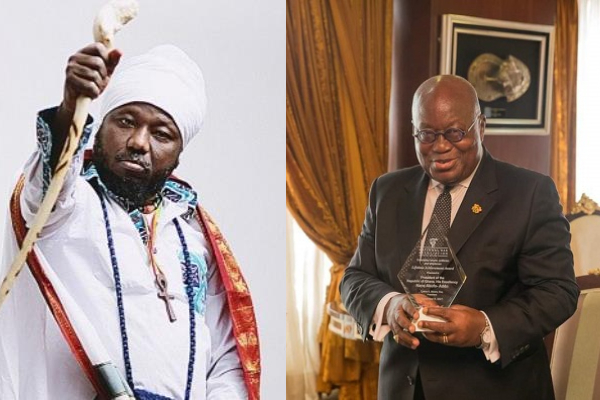 The Zylofon media show host claimed that the Ghanaian president did nothing extraordinary to be named African of the Year.

According to outspoken Blakk Rasta, Akufo-Addo cannot be recognized as the African of the year when there are other African leaders who genuinely deserve it.

He further claimed that the president’s manner of speaking does not indicate that he is African and for that cannot be awarded as such.

The radio host did not spare the organizers of the award, Forbes as he blasted them for handing the honors to the incorrect individual.