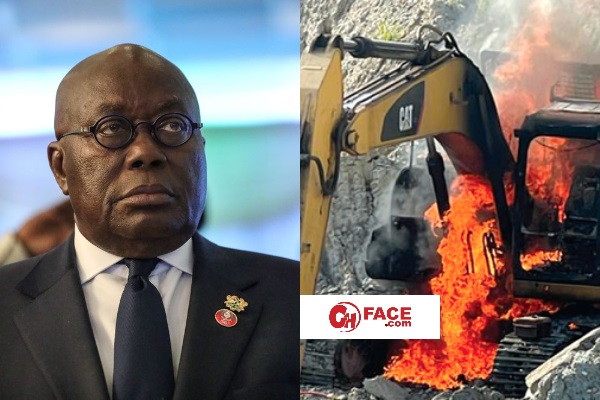 The Youth Wing of the NDC has described President Akufo-Addo’s endorsement of burning of excavators in the fight against illegal mining as dangerous for Ghana’s democracy.

A statement issued on Thursday, May 27, 2021, signed by the National Youth Organizer of the NDC George Opare Addo said the position of the President is an affront to the laws of Ghana and must not be cordoned.

“The NDC Youth Wing has noted with bewilderment, reports of comments made by President Nana Addo Danquah Akufo Addo in a speech tacitly endorsing the destruction of seized excavators involved in illegal mining popularly known as Galamsey. We find this development worrying and an affront to reasonable expectations, that in 2021, the only solution available to tackle galamsey is the burning of excavators.

“The President’s speech must not be taken lightly. It is an endorsement of lawless behaviour without recourse to the laws of our land. The law does not say burn them, so for a lawyer who happens to be President to ask that excavators are burnt is unbelievable, and rightly so because he knows the courts will not go contrary to his claims”.

The statement continued “this is dangerous for our democracy if our president can blatantly disregard our laws. And prescribe his own form of punishment. Now he makes laws for us and he can amend the laws of Ghana”.

The youth wing of the NDC said the burning of the excavators is a lame approach to dealing with the illegal mining menace.

“The burning of these excavators and other heavy-duty machinery is yet another example of the thoughtlessness and lack of innovation displayed by the Akufo Addo led administration. This approach is lame and demonstrates the government’s inability to take initiative in problem-solving”

“The issue of Galamsey must not be tackled in the arena of political rhetoric, an arena the President is all too familiar with. Burning of these excavators and mining machinery will only deal with the issue at hand in the interim. It lacks the determination and resolve to hold off galamsey operators in the long term. Every excavator has a chassis number registered in the name of a person. Every Land that is being mined on has an owner. Let’s trace and go after these persons and prosecute them rather than this lame and lazy approach of burning excavators”.

The youth of the NDC said excavators do not have a mind of their own, they are operated by humans, therefore, dealing with the human being is the right solution.

“As usual of the President, instead of tackling the issue at hand, he has chosen to remain on the fringes; pick and choose his battles as it suits his political interests. Akufo Addo cannot use the destruction of mining machinery to deflate the issue of the missing excavators and the role his close aficionados played in the whole matter. His so-called hard combat must start from his own ‘house’. The famous ‘party hia sika’ business model adopted by members of his administration and executives of his party is what he must condemn”.

The statement issued by the NDC youth further intimated that galamsey is a multifaceted problem that must be tackled innovatively, that, burning of the excavator is not the solution emphasizing that, these machines can be put to productive use including reclaiming, construction of roads and buildings.

“We urge all Ghanaians to pay little mind to the words of the President. The famous ‘party hia sika’ business model adopted by members of his administration and executives of his party is what he must condemn. If he is so determined to crack the whip and save our environment, he must start from his own house”

The statement by the youth wing of the NDC concluded by urging “the Government to find reasonable use for the excavators instead of burning them. Young people want this country fixed and they deserve a government that is responsible in the execution of its mandate”. 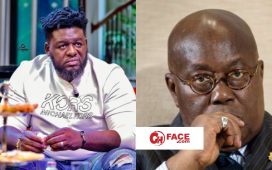