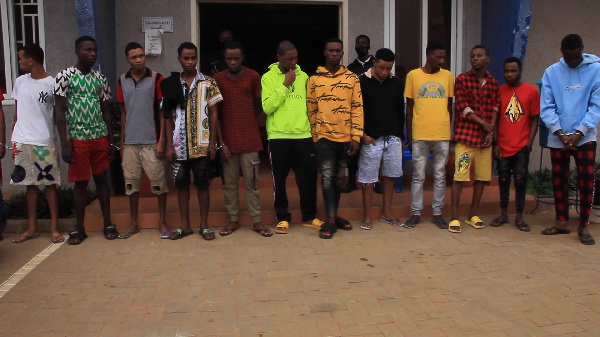 Police have arrested some 11 persons suspected to be involved in the Electoral Commission(EC) Fomena fire outbreak.

The fire incident occurred after independent candidate, Amoako Andrew Asiamah was declared winner in the parliamentary race of the Fomena constituency in the Ashanti region by the Electoral Commission(EC).

Police retrieved two foreign pistols, machetes, gallons of petrol and matches assumed to be used in the operation during time of arrest.

The suspects are believed to some youths in the constituency who disagreed with the results declared by the Electoral Commission(EC)officials.

Prior to the declaration of the results, the New Patriotic Party (NPP) parliamentary candidate, Philip Ofori Asante and the NPP chairman, Kofi Anti, expressed their disagreement over the votes count.