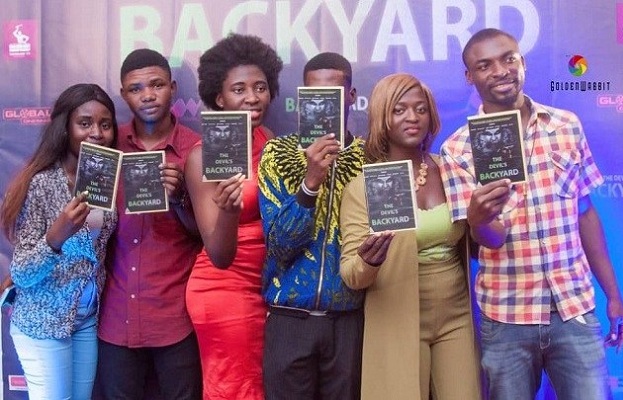 The much-anticipated Movie “The Devil’s Backyard” was premiered on Wednesday the 6th of March 2019 at the popular global cinemas.

The movie had lots of expectations from Ghanaians due to the intense nature of the promo applied to get film lovers to purchase the tickets to come to enjoy a very cool and relaxing holiday.

In my review, I decided to lay emphasis on some 10 reasons why people should buy the DVD

1. Despite the heavy downpours, the movie managed to fill the auditorium and many others who couldn’t catch a view, bought the DVDs in other not to be left out of the party

2. The movie has an original story which was very unique without laying any references to any other known movie or story

3. The movie was very hilarious, with a high sense of humor to get you laughing very hard.
The comical aspects where very regarded since it was meant to educate and entertain.

4. The actors were newer, had fresh exuberance and fitted perfectly in character.
It was a sweet blend of some experience and some debutants but their roles were carried out with some high level of professionalism.

5. It had a very friendly rating which allows everyone in all age circles to view, low level of nudity but some romance to arouse some viewing pleasure.

6. Action, Drama, suspense, intrigue, all packed in one movie says a lot about the devil’s backyard because you can’t predict what happens next.

7. The story is the type that deals with many social vices that often goes on around us but mostly ignored by many.
Masters sleeping maids, crime, murder, setups and blackmails, this is a good course to learn about some shady things people do in the hidden.

8. Great sound and high definition pictures say a lot about the editing and some other technicalities related to film making.
I rate these things 8 out of 10, excellent!

9. Location, settings and directing were very well done to fit the story into a very natural ambiance to match.
Lots of work was really put into these things to be able to get the movie as nice as it was.

10. The fact that the movie had its first part shown at the Global cinemas and a full film on the DVD is enough to get you to buy the disc because that is the only way to get the full movie to watch