GHFace.com > News > Politics > You are the reason NDC has refused to accept defeat – Kennedy Agyapong to Prophet Badu Kobi
Politics 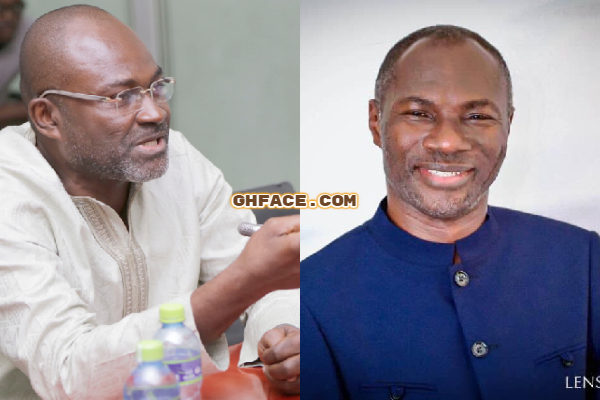 The Member of Parliament for Assin Central, Kennedy Agyapong has blamed the founder and leader of Glorious wave church international, Prophet Emmanuel Badu kobi for the refusal of John Mahama to accept presidential results.

In an interview on the ‘Diaolgue” show on Net2 tv, the MP blamed the ‘fake’ prophesies of prophets who proclaimed leader of the National Democratic Congress(NDC), John Mahama as winner of the 2020 presidential election before hand.

“Let’s put the blame at the doorsteps of the fake pastors who declared the elections,” he fumed with rage. “They boldly declared that the election has been held in the spiritual realm and Mahama had won”, he said.

He said Prophet Emmanuel Badu Kobi is main reason why the opposition party has refused to accept defeat after the elections since he always prophesied victory for John Mahama.

“Pastors are declaring Mahama as winner of the elections and they’re messing around with impunity. I have told you several times that if there would be a riot in Ghana, it’d be sparked by pastors. You see what is happening? Badu Kobi is still misbehaving. He is one of those who said Mahama had won.” the MP fumed.

Though the MP has shown his disapproval in the prophesies that pastors make, Emmanuel Badu Kobi has shown no remorse in his work and is still prophesying the victory of John Mahama despite the declaration of his defeat.