GHFace.com > Entertainment > You are a shameless guy – Comedian Waris to Pope Skinny
Entertainment 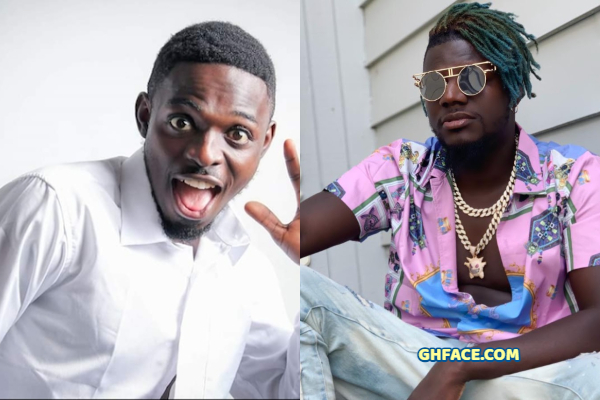 According to the comedian, it is very shameless of the rapper to refer the death of the late musician to the LGBTQI issue rising up in the country.

Pope skinny in a viral video claimed that the late diva died as a result of punishment from her village gods for practicing lesbianism.

“Let me tell you what the pastors are not telling you. Let me tell you what God revealed to me. Whether you like it or not, I’ll drop that bombshell. The honest truth is that Ebony was a lesbian and the girl she was with was also a lesbian. May her soul rest in peace. She was my girl, my friend. I first met Ebony and that girl at KOFAS’s studio. She was then a student at Manfe, MEGISS so I know what I’m saying. There are some villages in Ghana that hate lesbianism. When Ebony travelled to her hometown with Franky, they made love there and they were killed for it,” the rapper alleged in the viral video.

Comedian Waris upon watching the video went to his Twitter handle to bash the rapper, saying he was shameless and acted like a little girl for spilling such lies about Ebony Reigns. 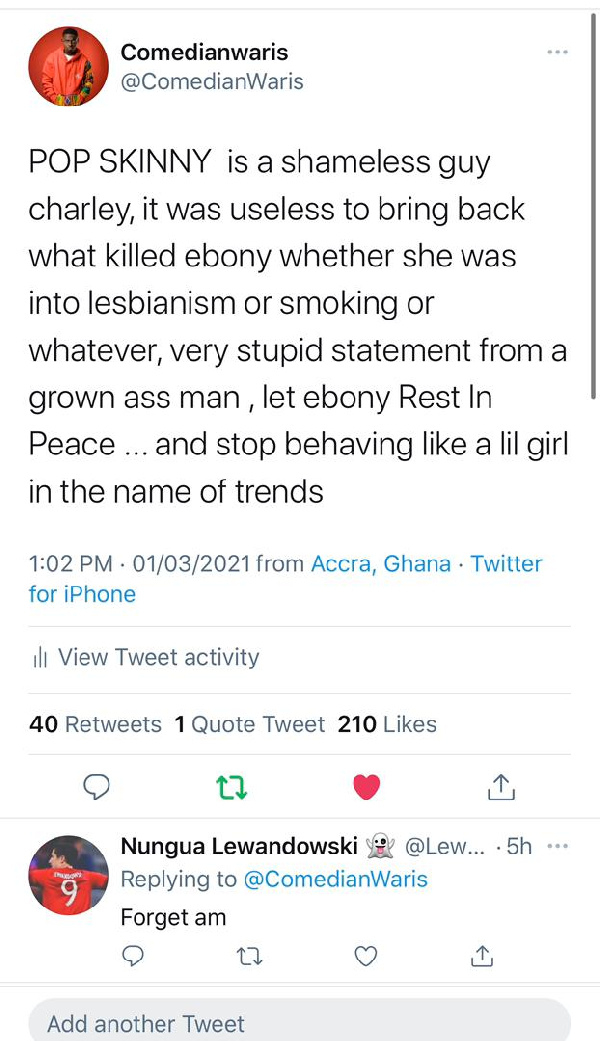