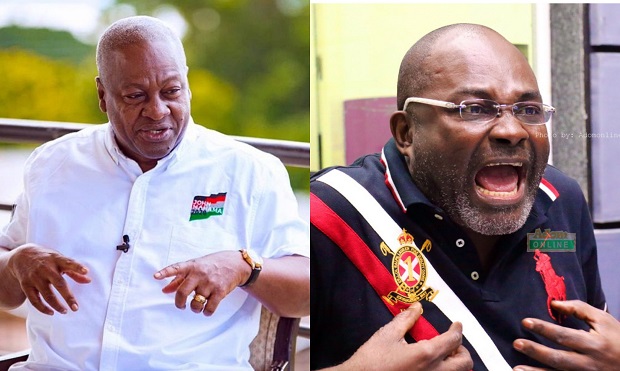 Kennedy Agyapong has afro-warned that ex-president John Mahama would brutally be dealt with if he incites his supporters to cause mayhem in the country.

The Assin Central lawmaker warning comes on the back of the presidential candidate of the NDC stated to resist any attempt to subvert the sovereign will of the people after Monday’s elections.

“We will resist any attempt to subvert the sovereign will of the people.”

But speaking on a television program, Kennedy Agyapong said if Mr. Mahama incited violence, “we will meet you with force”.

“Try and see,” he dared the former President.