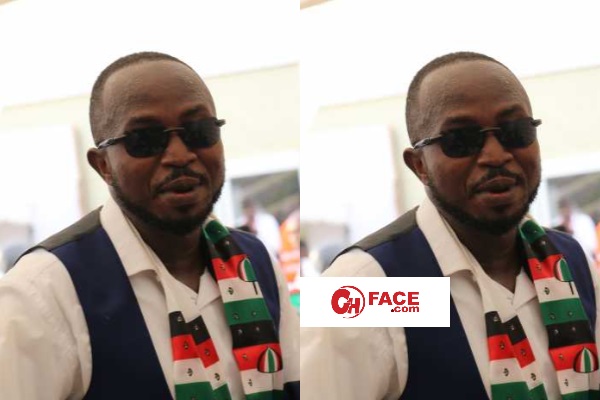 Stephen Atubiga has finally resigned as a member of the National Democratic Congress (NDC) while serving his suspension.

Read his full resignation letter addressed to the Chairman and  Functional Executive Committee (FEC) as sighted by Ghface.com.

The NDC party that I have believed in since growing up, worked for and supported for the past 29years has been a blessing and a privilege to me and my family.

Resigning from the NDC is one of the most difficult decision I have ever taken in my life. But sometimes in a man’s life, one must take a firm stand and bite the bullet in the interest of so many cogent reasons.

In taking this difficult decision, I carefully consulted with some disappointed, demoralized, sidelined and disillusioned key stakeholders, cadres,foot-soldiers, opinion leaders and we have collectively decided to split from the NDC to form another Social Democratic Party in furtherance of the true ideology of the late President Jerry John Rawlings and his principles of probity and accountability which the current NDC party has departed from years ago.

The NDC party since 2012 has been losing loyal voters till date . especially in all the northern regions of Ghana. This is so because the leadership of the NDC party has continuously detached itself from the concerns and sufferings of the ordinary voter. They no longer respect the rights of their voters to hold them accountable for their glaringly incompetent, compromised, parochial personal interests and lousy leadership both in power and in opposition. They are now a dangerous bunch of tyrants viciously refusing to answer legitimate questions in respect of their stinking stewardship culminating in this shameful, painful and avoidable 2020 electoral defeat.

The vindictive and chameleon nature of some of these current National Executives of the NDC party and their appointed surrogates within the party headquarters carry themselves around as though seriously interested in JDM becoming a president again. They are the real silent cancerous tumors that must be purged from leadership positions in the coming NDC national executive elections if JDM is ever to become a president again.

It has always been the grand agenda of a clique of them to punish JDM as a payback time whilst the grassroots suffer in silence and hopelessness across the country.

I wish to ask the National Chairman of the NDC party the following harmless questions:

2. What happened to the huge moneys allocated to the various campaign directorates, especially the IT collation system allegedly put in place by the party executives which was financed by JDM?

Only to have a Binduri( mahsa ) waffles look alike TV screen, and Binduri look alike internet cafe as a national collation Center. What a shame.

3. Is it the duty of JDM to secure the votes at the polling stations, pink sheets and all the necessary documented evidence or the responsibility of the duly elected National Executives with their various appointed election directors and the campaign team?

4. Which anti-JDM clique maneuvered and influenced the appointment of their loyal co-conspirators as election directors, campaign team members and the two AWOL musketeers at the EC headquarters which compromised the true presidential outcome?

5. Why spend another huge party money, waste everyone’s time creating false hope on a deliberate wild goose chase in respect of a so called election auditing and only ended up going to court with an empty hand?

These are some of the real questions and issues screaming for explanations from you the current National Executives to the over 6 million NDC voters and not your conscienceless and shameless undemocratic move to gag some of us from holding you accountable on behalf of the NDC sympathizers, voters and dues paying loyal members.

Another issue worth mentioning is the deadly unchecked factions destructively scheming always within, lack of unity of purpose and focus at the topmost echelon, the individual unbridled selfishness, greed, entrenched political hypocrisy and hatred for JDM and his family are some of the retrogressive political games that caused the defeat of the NDC in 2016 and 2020 general elections. I see these your infectious coronavirus behaviour continuing into the 2024 general elections if not voted out.

Until the grassroots gather courage and confront these your self-seeking current NDC party leadership and vote you out of office, I can confidently assure them of a long time frustration and endless anger in opposition.

The current President and the NPP government are not politically dumb and ready to relinquish power so easily to these type of divided and clueless NDC National Executives.

Frankly speaking, the NDC party needs serious reforms at its FEC level of leadership. NDC faithfuls deserve a new committed, loyal and street-smart leadership now than ever in its 29 years political history.

I will end here with these words of wisdom to the NDC voters; no matter how far you have gone down the wrong path with these bungling inept party leadership, you can always turn around and make things right by voting wisely in your next coming 2022 national executive elections.

I wish JDM and his family, General Mosquito, the impartial Disciplinary Committee members and all the ladies and gentlemen of sound principles and conscience in the NDC party well as time will vindicate my pieces of advice and the truth. 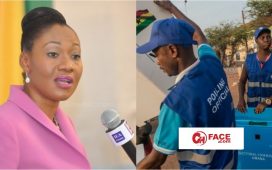 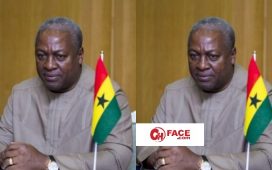 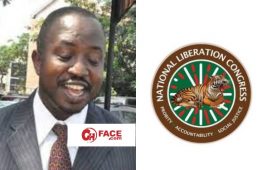