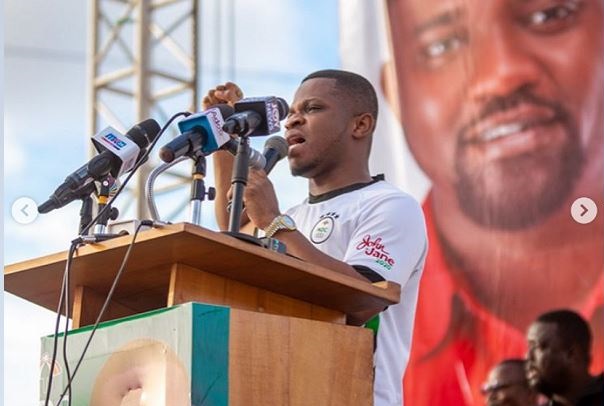 The campaign launch of aspiring Member of Parliament for Ayawaso West Wuogon, John Dumelo saw the attendance of Sammy Gyamfi.

Sammy Gyamfi was present to give his resounding support as well as to represent the National Democratic Congress (NDC) party.

John Dumelo’s campaign launch which took place over the weekend has attracted an eye-saw crowd that never happened before.