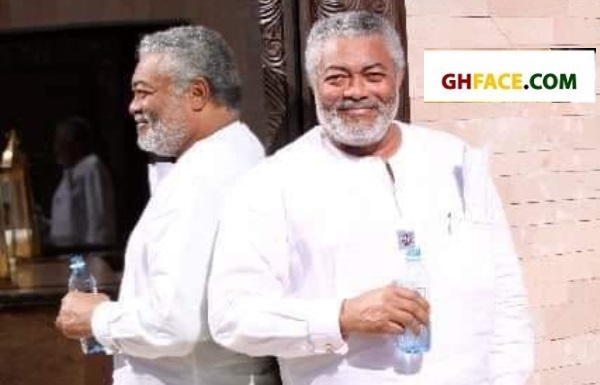 The flagbearer of the National Democratic Congress, John Dramani Mahama has been warned to stay off the funeral of the late Jerry John Rawlings.

The warning came from the corridor of the National Democratic Party (NDP) who demanded that the NDC stop using Rawlings to their advantage.

In a press conference on Monday, November 23, 2020, the National Democratic Party (NDP) accused Mr. Mahama of taking advantage of the death.

In a press conference on Monday, November 23, 2020, the General Secretary of the NDP, Alhaji Mohammed Frimpong has exposed the NDC of exploiting the death of the husband of NDP flagbearer, Nana Konadu Agyeman-Rawlings to bring back to life the NDC’s “dead campaign”.

Alhaji Mohammed Frimpong has therefore urged Ghanaians not to fall for such political trick deployed by the NDC.

“With what he did with the demise of former President Mills, he should not be allowed to do the same with the death of our beloved, former president Rawlings. And Ghanaians should not oblige to that. The hypocrisy of the NDC when Jerry John Rawlings was alive, [was such that] John Mahama desperately wanted to silence him and now that Rawlings is no more, Mahama finds it expedient to utilize his death to galvanize support for his weak base within the NDC rank and file and the country at large to salvage his 2020 campaign which is going nowhere.”

“Suddenly, the individuals within the NDC under the current leadership of John Mahama who publicly vilified Rawlings have rediscovered a new voice proclaiming themselves to the true adherent of his ideals and those who used foul languages against Rawlings are now hailing him.”

They again accused the NDC [detractors] of behind the ‘fake’ news which circulated on social media earlier today that Nana Konadu Agyeman-Rawlings had withdrawn from the race due to the death of her husband, former President Rawlings.