GHFace.com > News > PHOTO: ‘Late’ Rawlings was the only one who rode on ‘Lucifer’ horse
News

PHOTO: ‘Late’ Rawlings was the only one who rode on ‘Lucifer’ horse 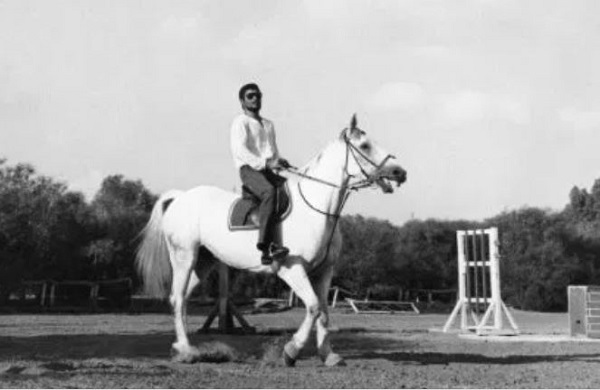 “I met him at Achimota school on a horse riding session, there were only two people including Rawlings who were able to ride on a horse called ‘Lucifer’”

This horse could be ridden only without a horse brass and thus only smart and geniuses like Mr. Rawlings could ride that horse.

Unfortunately, we don’t have a picture of ‘Lucifer’.