GHFace.com > News > Politics > NPP can only boast of free SHS and nothing else – Mahama fires
Politics 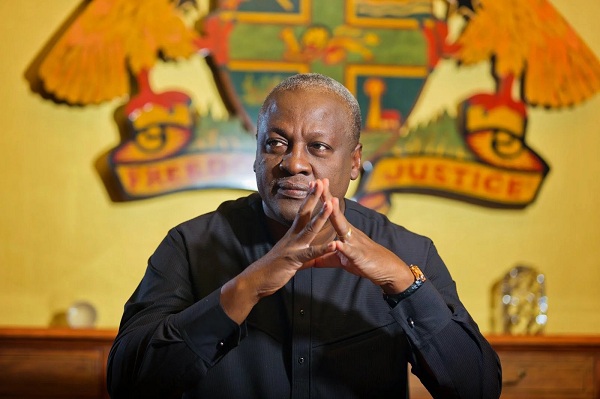 Former President John Mahama says the only achievement Akufo-Addo and the NPP boast of is the implementation of Free SHS.

According to John Mahama, if not the free SHS, the NPP administration has absolutely nothing else to show despite their over borrowing.

“With the kind of resources we left them, I’m surprised and shocked at his very abysmal performance. We managed this economy with one oil field which is the jubilee field. At the time we were leaving office we had completed two more oil fields. That virtually tripled revenue from oil. With that kind of extra revenue, one could just imagine what they could have done in terms of transforming the economy. But they’ve not been able to, I mean you can see everywhere there is nothing to show for it. Their only claim to fame is Free SHS and so the Free SHS is been funded with revenue from oil but aside from that there is nothing to show for it,” he said.