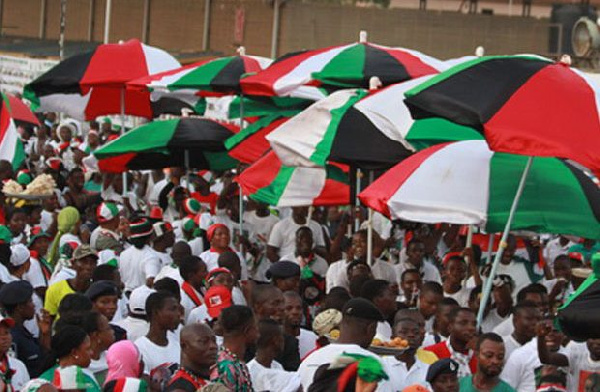 Eleven candidates including two females are vying for the 11 parliamentary seats in the Bono East Region, on the ticket of the National Democratic Congress (NDC) in the December 7, presidential and parliamentary polls.

Already the NDC has six out of the 11 parliamentary seats in the region.

Mr. Christopher Beyere Baasongti, 39, holds Masters in International Health, from the Brandeis University, United States, and is contesting for the Techiman South constituency seat for the first time.

He is a public health professional and a native of Nandom.

Mrs. Felicia Adjei, 46, is the incumbent MP for the Kintampo South constituency. She won the seat in Election 2016 and this is her second time contesting.

She is a first Degree holder, Harvard Kennedy School, the United States, and a native of Anyima.

This is the first time Mr. Joseph Kwame Kumah, 46, and teacher from Sugliboi, is appearing on the ballot in the Kintampo North constituency.

He holds Masters of Arts, Institute of Local Government Service (ILGS), and he defeated Mr. Kwasi Etu-Bonde, incumbent MP during the NDC primaries.

Mr. Joseph Kwasi Mensah, 57, an Internal Auditor, and a native of Manso, is also contesting the Nkoranza North constituency parliamentary seat for the first time.

He holds a Bachelors’s degree from the Kumasi campus of the University of Education, Winneba.

But, Mr. Emmanuel Kwadwo Agyekum, 46, a former Minister, and former MP is contesting the Nkoranza South constituency for the second time. He holds a Master of Arts, Global Business from Westminster University, United Kingdom, and lost the seat in 2016.

He is a farmer from Breman-Nkoranza.

Mr. Sanja Nanja, 52, a teacher and former MP for the Atebubu-Amantin constituency also lost the seat in Election 2016 and is contesting for the second time.

He is a native of Atebubu and holds Masters in Public Education, Kwame Nkrumah University of Science and Technology, (KNUST).

Dr. Kwabena Donkor, 62, a consultant, is a former Minister, and the current MP for the Pru East constituency and is a native of Lonto-Yeji, and is contesting the seat for the third time.

Mr. Massawud Mohammed, 49, and native of Prang, is incumbent MP for Pru West and is also contesting the parliamentary seat for the second time.

He is a professional teacher and holds a Masters in Education and Guidance.

Mr. Kwame Ampofo Twumasi, 62, the incumbent MP for the Sene West constituency is contesting the seat for the third time. He is a businessman, native of Kwame-Danso, and holds a Bachelor of Science, Essex County.

This is the third time, Mr. Dominic Napare, 59, an educationist from Kajaji and the incumbent MP is contesting the Sene East constituency parliamentary seat and holds Masters (MPA), GIMPA.

Mrs. Elizabeth Ofosu, 46, a lawyer from Jama, is her first time contesting the Techiman North constituency seat and holds a Masters of Arts from Webster.