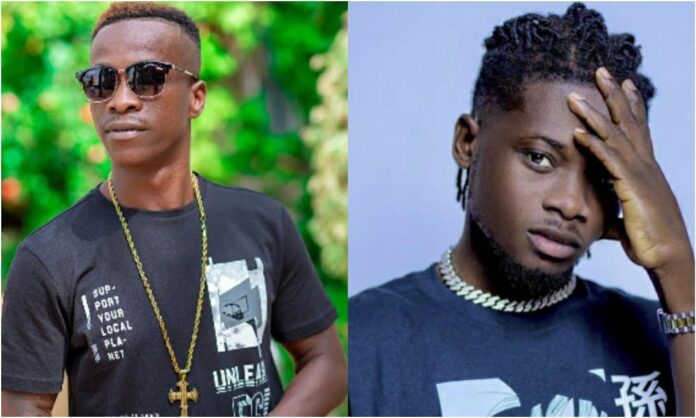 Speaking in an interview on an Accra-based Happy FM, KK Fosu picked the ‘Angela’ hitmaker as the hottest artiste in 2020 who dropped hits after hits.

The veteran Highlife musician also remarked that the Lynx Entertainment signee has dominated the industry with numerous features and collaborations.

KK Fosu Donates To Orphanage On His 40th Valentine Birthday

“I am a Highlife artiste so when I see a young guy doing the same genre I root for that person deserves my love, hence, Kuami Eugene”.

“Apart from his hit single Open Gate that was all over the place, any song he jumped on was a hit. He featured on Keche’s no dulling, Sarkodie’s Happy Day, Dead Peopol’s Otan Hunu among others and they were all hits”.

“Even this year he has been featured on Okyeame Kwame’s Yeeko which is doing fantastic. Let’s be frank with ourselves, he has to win any award he is on this year because his performance last year was great,”