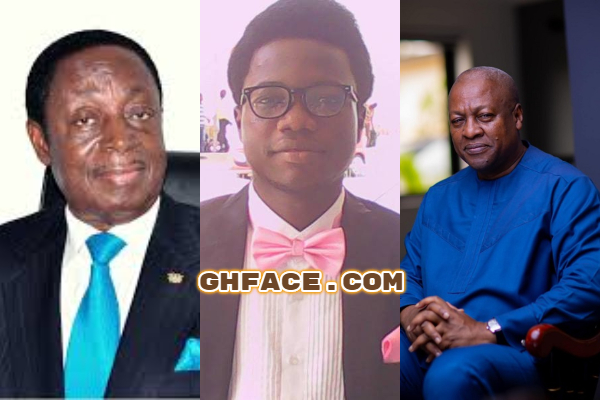 Taking to his official Facebook page, the Cape-Coast based Prophet has warned the political party over the choice of running mate ahead of the 2020 general elections.

According to him, should the former president and the NDC pick Dr. Kwabena Duffour as the running mate he has no option than to step back or in worse cases probably withdraw his spiritual support for them.

Prophet Cosmos Affran whose several prophecies have seen the light of the day said his decision to withdraw his spiritual support was purely based on instruction he received from God.

Prophet Cosmos Affran Walker is the founder and leader of Cosmos Affran Ministries and known sympathizer of the National Democratic Party.

“God told me to tell H. E John Dramani Mahama and NDC , that if they goes to the polls or the election with Dr Kwabena Duffour as the running mate, the party will lose the election badly and with 42% . No amount of rituals or human rituals will save them from defeat or give them victory.
God told me to take a step back or withdrew my spiritual support from JM and NDC if Dr kwabena Duffour is be appoint as John Mahama running mate.

“Thou saith the Lord ” Prophecy by
Prophet Cosmos Walker Affran .

God is the Greatest.

#Note I will forever be on God side and I will always do as God say. The voice of God is finally to me.
Calculations fails most of times, the help of Jinns fails always.
God never fails, I will listen to the voice of God.
Obeying the voice of God is a blessing then be in side of money .
Good name is better than riches.”