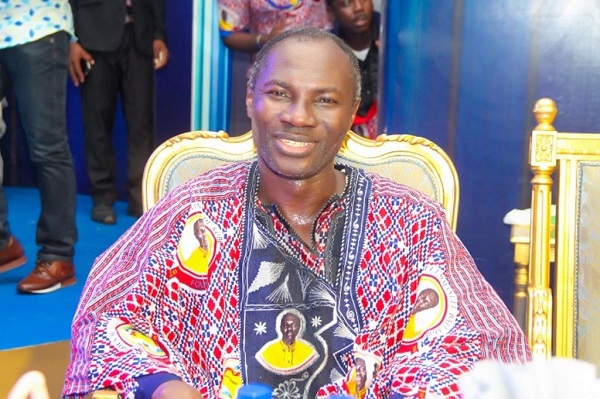 Prophet Emmanuel Badu Kobi says he will become a President-elect of the Republic of Ghana someday as he is long as he remains to serve the living God.

The Founder and General-Overseer of Glorious Wave Church International made his political ambition which preaching to his congregation on Sunday, December 13, 2020.

“I will not be a lawless lawyer to be a president. I will also not turn the hands of people to become a president.”

Ah well, it is still unclear if Prophet Babu Kobi would form his own political party or might decide to run on the ticket of the National Democratic Congress (NDC).