GHFace.com > News > Religion > I sold my fleet of cars to build a beautiful church for God – Nigel Gaisie
Religion 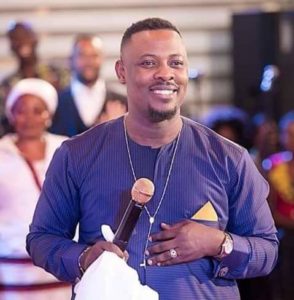 Prophet Nigel Gaise says his quest to build a beautiful church ‘Prophetic Hill Chapel’ for God has made him sell his fleet of cars.

According to the Prophet Nigel Gaise, he builds his Temple from his own prudence as well as the benevolence of his congregation.

“No politician has ever given me money, I am a pastor it all comes from the church. I used to have a fleet of cars, but I sold them all. I don’t even have a car but that’s not my joy, I want to build an edifice for God”.