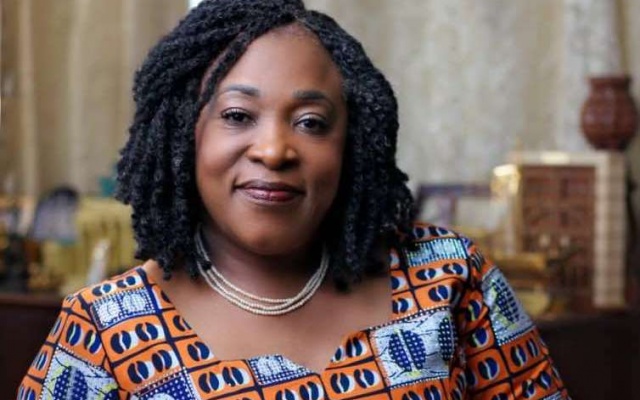 Minister of Foreign Affairs and Member of Parliament for Anyaa-Sowutuom, Shirley Ayorkor Botchwey has withdrawn the claim of disrespecting the music industry.

She made a comment on one of her campaign platforms against actor and politician, John Dumelo who is aspiring to be MP for Ayawaso West Wuogon on the ticket of the National Democratic Congress saying that politics was too serious for John Dumelo to involve himself.

She also said if the constituency made the mistake of voting for John instead of Lydia Seyram Alhassan, they would end up watching movies at the theatre.

A lot of comments especially from actor Van Vicker was yielded towards the minister telling her to address the aspiring MP on his incompetence as an MP and not to involve his career as an actor.

However, Shirley Ayorkor stated in a press conference that she had a lot of respect for the creative arts industry and had nothing against it since she also indulged in arts before entering into politics. 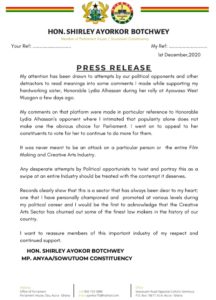