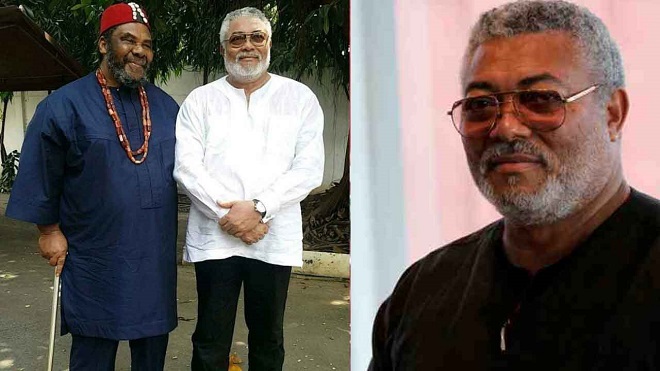 The former president according to confirmed report passed on, yesterday, November 12, 2020, at the Korle Bu Teaching Hospital in Accra after a short illness.

His death comes as a huge shock as we had no idea he had any illness he was battling as he buried his mom just weeks ago.

He was said to have died of the novel coronavirus. Many Ghanaians have expressed worry and shock about the death of the former President.

Pete Edochie after sharing a picture of himself and the late Jerry Rawlings added that his legacy will forever be part of African history.