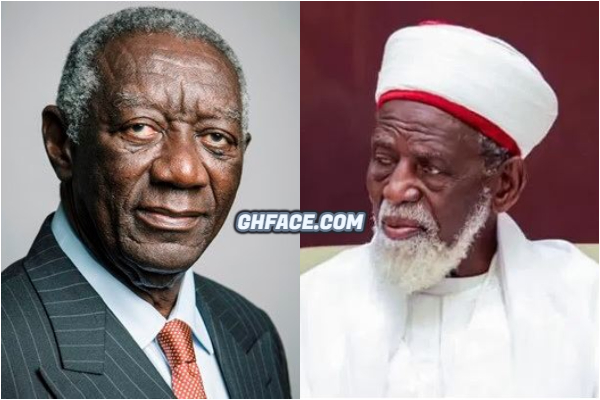 The second president of the fourth republic makes known that the National Chief Imam is a unifier and should be recognized as such.

According to him, the Nobel Peace Prize is seen as the sign of true leaders and unifiers, hence Sheikh Osman Nuhu Shaributu deserves it.

Mr. Agyekum further added that he believes those who have won it comes nowhere near the National Chief Imam.

“If the Nobel Peace Prize is perceived as the hallmark of leadership or of peacemakers, that’s how they see him so he should be entitled.

I’m sure the people who have gotten the Nobel prizes may not measure up even half the stature of the National Chief Imam.

“I wholeheartedly endorse it. Now if the Nobel Foundation could look and accord a person like the National Chief Imam, that recognition of being a unifier, of being somebody who has come to understand the deepest gift of belonging to religion”.