Stop the unnecessary defense; work hard to come out of the debt distress – Gatsi blasts gov’t 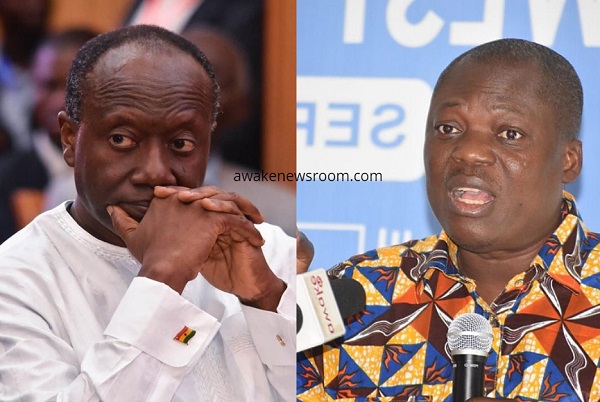 Prof. John Gatsi told Metro TV that it is hard to believe that the Ghanaian economy is so strong that it is undeserving of the recent rating.

The recent Fitch credit rating downgraded Ghana to B- which has attracted comments from experts and government in which government officials have expressed dissatisfaction with comments on the debt unsustainability implications.

According to him, “The vulnerabilities in the Ghanaian economy have become pronounced in recent times and demand hard work and not an unnecessary defense.”

The Dean of the University of Cape Coast School of Business maintained that the Finance Minister, Ken Ofori Attah himself at pages “456 and 457‘’ of the 2020 budget, accepted that Ghana is in debt distress adding that “It is unfortunate to create the impression that Ghana is doing well in the face of the fiscal storm.”

Prof. Gatsi referred Metro TV to the words of the Finance Minister, “Mr. Speaker, the outlook for Ghana’s debt sustainability shows that the granularity in the risk rating is sustainable. However, the risk of external debt distress and overall public debt distress remains high over both the medium and long term. Mr. Speaker, although there is marked improvement in the solvency ratios following the rebasing of the GDP, 2019/2020 DSA ( debt sustainability analysis) shows that the liquidity ratios continue to breach their respective benchmarks, reflecting underlying vulnerabilities”.

He added that the Finance Minister’s admission about the debt distress and vulnerability status of Ghana’s debt requires radical steps to address the solvency and liquidity chasm.

He said the speculative rating at B- has scaled up the vulnerability for the economy as an economic risk in which price indicators such as inflation, interest rate, and exchange rate have assumed volatility status.
Prof. Gatsi said if care is not taken economic risk indicators will increase with income erosion resulting from a hike in prices of necessities such as fuel, food, and vehicle parts.

Prof. Gatsi advised that there is no explanation to erase the effects of the rating. There is a need to work on all the solvency and liquidity indicators to address the problem.

Speaking on the same matter to TV3 midday news, Prof. Gatsi pointed out that with the surprise revenue report in which revenue target was exceeded by about GhS265million with end year revenue of GHS57.3billion, interest payment-to-tax revenue remains unsustainable and unimpressive as the ratio only reduced from 58% to 57%. Thus interest payment-to-tax revenue is still within the vulnerability map.