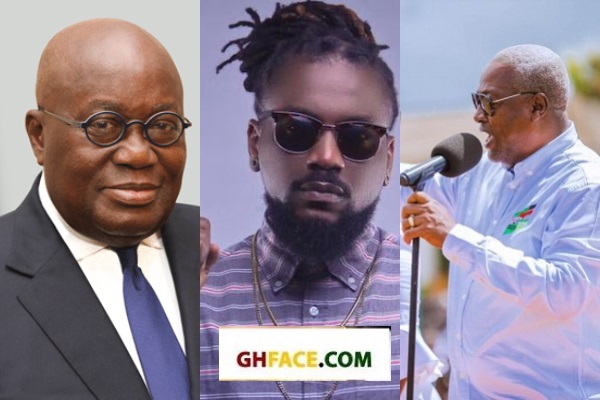 According to him, he chose President Akufo-Addo over other presidential candidates because he wants him to continue his ‘good leadership’.

In the song, he praised President Nana Akufo-Addo and his government and urged Ghanaians and his loyal fans to vote for him.

To continue the good leadership bro. In my humble singular opinion sir… we may share similar opinions or agree to disagree but that’s what makes democracy beautiful . Make a choice and see you on 7th December bro. #akyesaaaaaaaaa https://t.co/XNfYRbYEcK