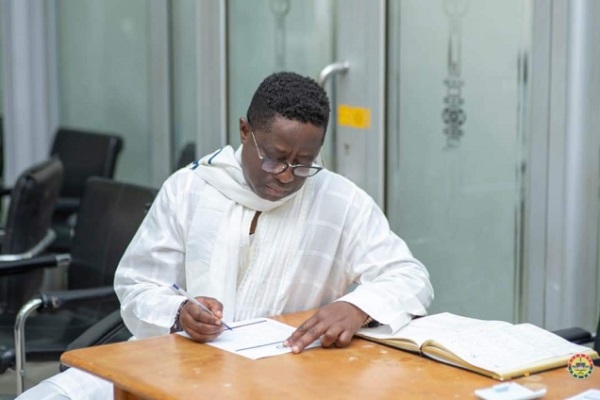 The Supreme Court has declared Peter Amewu as Member of Parliament elect for the good people of Hohoe constituency.

The respondents in the case were the Electoral Commission, Wisdom Kofi Akpakli, Hohoe Municipal Electoral Officer, Mr. Amewu, and the Attorney-General.

The HO court ordered the MP-elect from presenting himself to be sworn-in as the MP for Hohoe Constituency or hold himself as such with the order lasting for 10 days.

In a suit, the state has asked the apex court to declare the injunction by the lower court as null and void and to further stop it from hearing the substantive case brought against Mr. Amewu and the Electoral Commission.

The State argued in the suit that the High Court’s ruling “constituted a patent error” because it could not hear the matter.