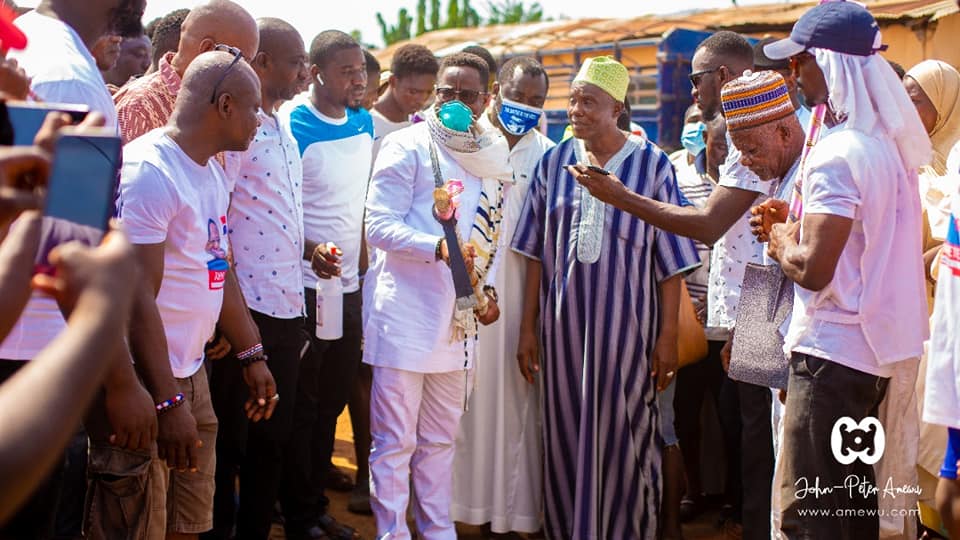 This ceremony is to assure the people of Peter’s fulfillment to elevate the status of the community.

Peter Amewu in the ceremony thanked the people for trusting him and giving him the responsibility of helping the community to strive to its best.

“I want to assure you that henceforth, it is all about development in Wli. I am commencing all my campaign promises here in Wli.” he said.

He made it known to the people of Wli that the architectural design for the state of the arts palace will be so massive that it will become a center of attraction in the Hohoe constituency.

Peter Amewu revealed it will be a two- storey with a 1,500 sitting capacity on the ground floor and offices for the paramount chief, queen mother and other chiefs on the first floor. He also said the palace will contain a library and some washrooms.

Paramount chief of Wli traditional area, Togbega Lo expressed his gratitude to Peter Amewu for remembering to honor his promise after he  rose as Member of Parliament elect.

A similar ceremony took place at the Hohoe zongo for construction of an ultramodern palace for the community.

Mr. Kwame Amenyo of the hub Amenyo company limited revealed that the two edifices will be due in four to six months.