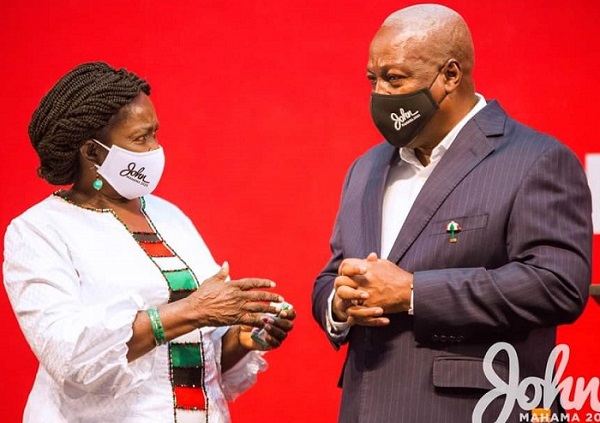 Professor Jane Opoku-Agyemang issued that political parties, especially the NPP can only copy their manifesto but they will fail woefully in the implementation.

The first-ever female running mate for a major Ghanaian political party confidently stated that her party, NDC is not worried about other parties copying its manifesto because those parties do not have the blueprint for implementation.

To her, the provisions in the party’s manifesto are backed with well-thought-out implementation plans, which those copying do not have.

Professor Jane Opoku-Agyemang was responding to a question by a member of the Western Regional House of Chiefs in Takoradi during an interaction.

The chief asked whether the NDC was concerned with the ruling party’s moves to implement some of the programs in the NDC’s manifesto, such as the legalization of the Okada transport business.

In response, the NDC Running mate said, “we have a proper implementation plan. If you copy our manifesto without knowing the plan, you will fail and be exposed,” she stressed.