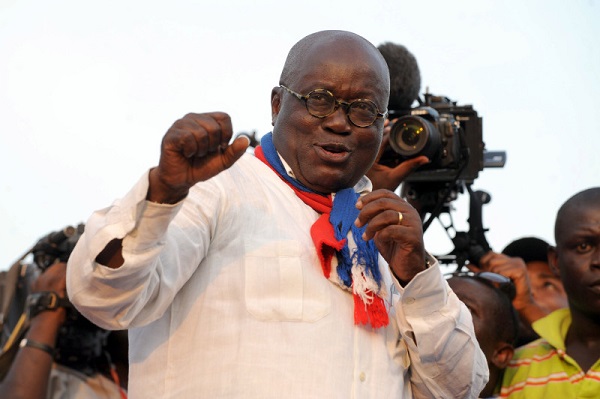 The Chairperson of the Electoral Commission (EC), Jane Mensa has declared Nana Akufo-Addo as president-elect of Ghana.

Crowds of jubilant supporters gathered at the house of the 76-year-old New Patriotic Party (NPP) leader at Nima in Accra, who had already claimed victory.

Ghana has been a multi-party democracy since the end of military rule in 1992 and this result is seen as reinforcing its reputation for the peaceful transfer of power between administrations.