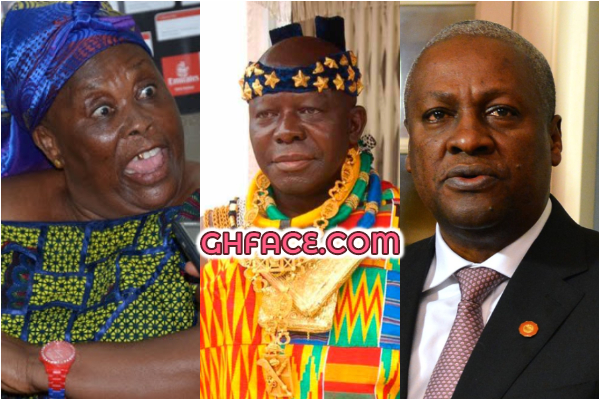 In a short video sighted by www.Ghface.com, Hajia Fati who accused Mahama of killing Prof. Attah Mills and now late Rawlings says the Asantehene is next to be killed.

In the video, she’s seen yelling ‘John Mahama killed him, John Mahama Killed him’ after being asked sarcastically by the unidentified lady if he knows about the death of former president Rawlings.

Well, getting to the end of the video, the NPP woman then alleged that Otumfour should take caution else Mahama will kill Otumfour just like Atta Mills and Rawlings.