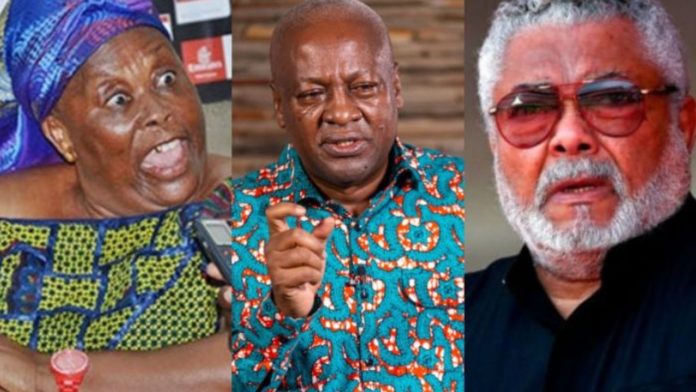 In a short video sighted by www.fnn24.com, the NPP member is seen yelling ‘John Mahama killed him, John Mahama Killed him’ after being asked sarcastically by the unidentified lady if he knows about the death of former president Rawlings.

Meanwhile, both NPP and NDC have suspended their campaigns since the demise of Mr. Rawlings as the president has declared 7 days of mourning and directed all state institutions to fly the Ghana flag at halva mast.

Rawlings passed on at aged 73 years old. He left behind 4 children with his wife Nana Konadu Agyeman-Rawlings.