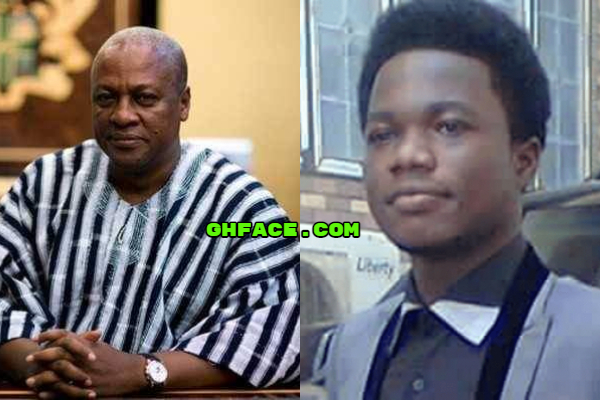 In a Facebook post sighted by Ghface.com, the man of God rated John Mahama above Nana Addo after weighing both tenures of office.

The problem Ghana is having now, it was not caused by the leading main two political parties in the country but it been cause by the hypocritical opinion leaders in our society,

Looking at what this opinion leaders did to H. E John Mahama when he was in power as a president between 2012-2016 , it was disastrous to his human right and the office he occupied as the president of the Republic, that led to his defeat during the 2016 election despite he delivered his mandate to the country in terms of development “ultra modern infrastructures” .

After the horrible things this opinion leaders did to him which led to his defeat, he hand over a peaceful transition of power, without a soul been lost , he had the power to use bullet to attain himself as the president elect despite his defeat to the opposition leader,

He had the power to use and influence the hungry media houses and their Journalists to projects the NDC collation election results to the public, without them using the results coming from the grounds ” polling stations or collation centres despite he knows he losing the election to the opposition party.

He had the power which he could have used to do a damage control to then opposition leader and his party by using the national security personnels to mishandle the opponent , his party members and supporters by killing some , then Electoral Commission Boss was appointed by him H. E John Mahama , which is the powerful weapon he could have used to influence the election in his favor.

H. E John Dramani Mahama had all this power which he could have used it to influence the 2016 election in his favor . But for the sake of peace and harmony H. E John Mahama decided not to do so .

Today his opponent is having the same power and he using the power to do what H. E John Mahama could have done in 2016 election , which he decided not to do so , because of peace Ghana needs .

Today this hypocritical opinion leaders are silent in the country despite the ruling party it incompetentance in the affair of the country economy, by demonstrating bad governance.

Was H. E John Mahama couldn’t meet the demand or price of the opinion leaders or he decided not bribe them, that why they also did a damaged control to his administration when he was in power as a president?

Has the ruling party of Ghana able to meet the demand or price of the opinion leaders in the country, which has made them go silent without criticizing the ” Government” with all this incompetent governance?

H. E John Mahama is a saint in Ghana politics.

Is never a goodbye

The problem Ghana is having now, it was not cause by the leading main two political parties in the country but it been…

Posted by His Supremacy Cosmos Walker Affran on Thursday, 24 December 2020