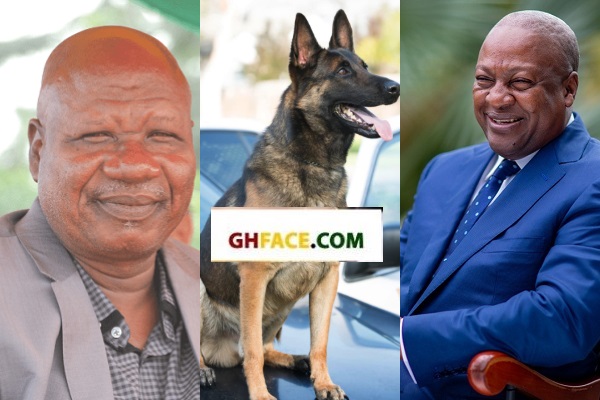 Mr. Allotey who has been suspended by the party has made some shocking and damning allegations against John Mahama.

According to him, former President John Mahama used to carry two sniffer dogs in his V8 Toyota Cruiser when on official tours.

Taking to social media, Jacob Allotey who is obviously not happy about the constant attack on President Nana Akufo-Addo for transporting ‘special’ chair on campaign tours said his party’s flagbearer does likewise.

It could be recalled that NDC flagbearer, John Dramani Mahama, while in an interview on a Sunyani-based radio station also jokingly stated that should he win the 2020 elections, he will not be carrying a chair around when he embarks on a thanksgiving tour.

However, reacting to the development, Mr. Allotey Jacobs believes the controversy generated by the President’s carting of his chair on his treks is unnecessary because all past Presidents have done it including former President Mahama who is seeking reelection.