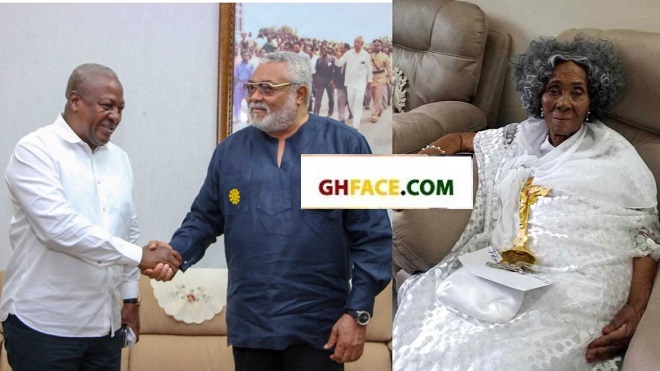 The Flagbearer of the National Democratic Congress (NDC), John Dramani Mahama has on behalf of his party sent out a heartwarming message to console former president, Jerry John Rawlings following the passing of his mother, Madam Victoria Agbotui on Friday, 25 September.

Former President John Dramani Mahama in a short statement described the loss of Madam Agbotui as a mutual one.

According to him, the late Victoria Agbotui was always ready to offer wise counsel and advice whenever the two interacted.

Mr. Mahama has since consoled President Rawlings and encouraged him to take heart as Mama had lived a full life and had seen it all.

He also assured the NDC Founder that the NDC will participate fully in the funeral activities of the late Madam Agbotui.