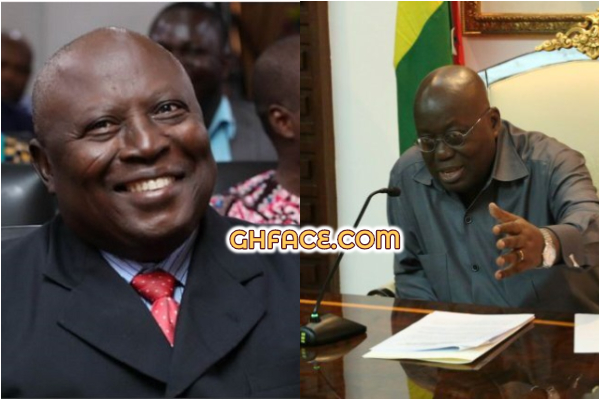 President Nana Akufo-Addo says he will respond to Martin Amidu’s accusations of interference in his resignation letter.

Martin Amidu resigned from his post as Special Prosecutor citing interference by President Akufo-Addo in his work.

“The reaction I received for daring to produce the Agyapa Royalties Limited Transactions anti-corruption report convinces me beyond any reasonable doubt that I was not intended to exercise any independence as the Special Prosecutor in the prevention, investigation, prosecution, and recovery of assets of corruption. My position as the Special Prosecutor has consequently become clearly untenable,” a part of the resignation letter said.

It continued: ”It is essential for me to state for the purpose of the records, and contrary to public perceptions, that my appointment letter was received on 5th February 2020 (almost two (2)-years after my appointment). The copy addressees made no efforts to honour any of the conditions of appointment in terms of emoluments and benefits of the appointment ever since my warrant of appointment was issued on 23rd February 2018 to the date of my letter of resignation. 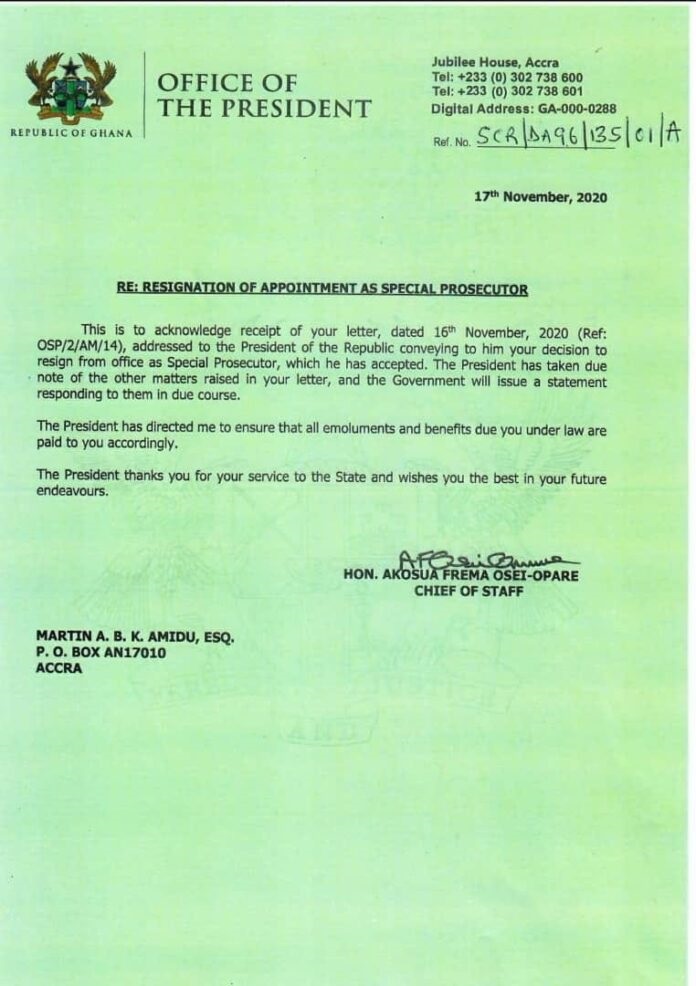 Reacting to the claims, the Presidency in a statement said the “President has taken due note of the other matters raised in your letter and the government will issue a statement responding to them in due course”.