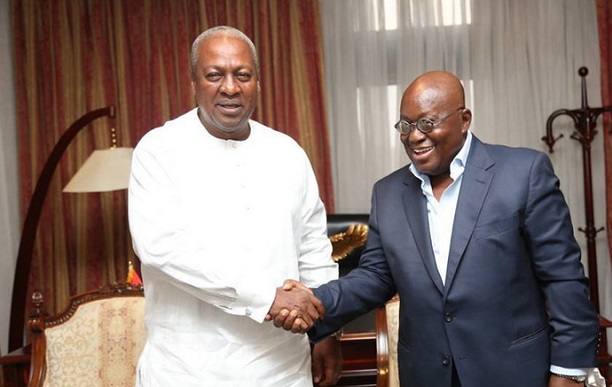 The flagbearer for the National Democratic Congress (NDC) John Mahama has thrown a challenge to the current president, Akufo-Addo for a debate on the performance record of their respective governments, especially on infrastructural development.

“I am willing to present myself for a debate with President Akufo-Addo any day, anytime, anywhere. And we will settle the matter once and for all,” he said.

This comes after Vice President Dr. Mahamadu Bawumia provided a data-driven presentation that claims that the Akufo-Addo’s gov’t had undertaken infrastructural projects in excess of 17,000.

According to him, the current level of development in the sector is better than what was provided by the opposition NDC during its eight years in office.

John Mahama who is poised to take on Akufo-Addo on a debate to assess who had done more for the country noted that the incumbent government had earlier described infrastructural development as unnecessary, ahead of the 2016 elections.

“Today I can see a scramble for even KVIPs and any infrastructure and tout it as an achievement,” he added.