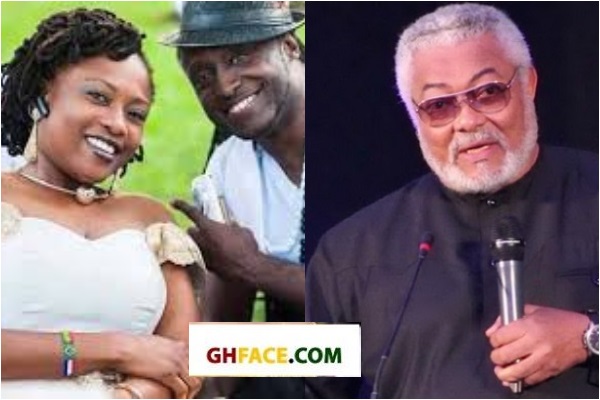 She has therefore made it known that she won’t attend the funeral of former president Jerry John Rawlings.

Dr. Zilla Limann made this shocking revelation during an interview session with Blakk Rasta on an Accra-based Zylofon FM on Monday, January 29, 2018.

According to the wife of Reggie Rockstone, she does not know Rawlings like that to attend his funeral should he dies when asked by the host, Blakk Rasta.

ME? NO! NO! NOT AT ALL. I DON’T KNOW HIM LIKE THAT TO GO TO HIS FUNERAL…FOR ME, I THINK THERE IS REALLY PERSONAL A THING. I NEED TO KNOW YOU OR YOUR FAMILY OR THERE HAS TO BE A LINK OR WHATEVER. IT WILL NOT EVEN CROSS MY MIND.”

It is, however, unclear if Dr. Zilla Limann would attend his funeral or not.