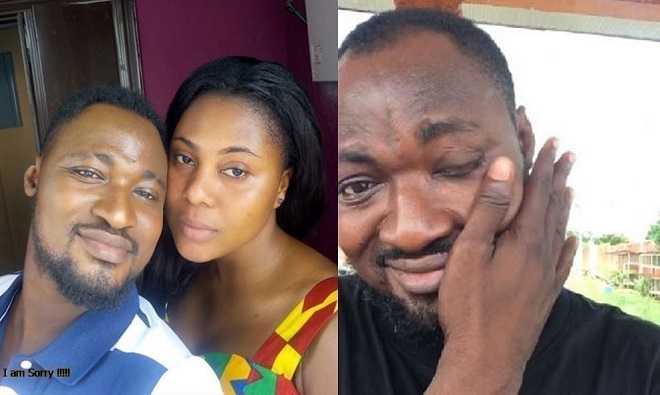 Popular Ghanaian comedian, Funny Face is likely to have returned to the state of depression following a new attack on his baby mama.

In a video sighted by Ghface.com, Funny Face has verbally abused his wife who is now out of his house with unprintable words.

It could be recalled that the Comedian and his Baby Mama, Vannessa made headlines a few months ago after he rained insults on her from all points of angles.

Known also as ‘Kasoa Vandamme’ has confirmed live on television that he was depressed when the mother of his twin left him.

He made the declaration on UTV Stars evening news on January 1, 2021, and reiterated on United Showniz with Nana Ama McBrown on UTV.

Born, Benson Nana Yaw Oduro Boatengclaimed he was depressed and went through a series of talks to be able to recover.

After claiming he has recovered, the Mr. Childrens’ President has shared a video of him insulting Sandra and her mother.

Watch the video of him verbally abusing Sandra.