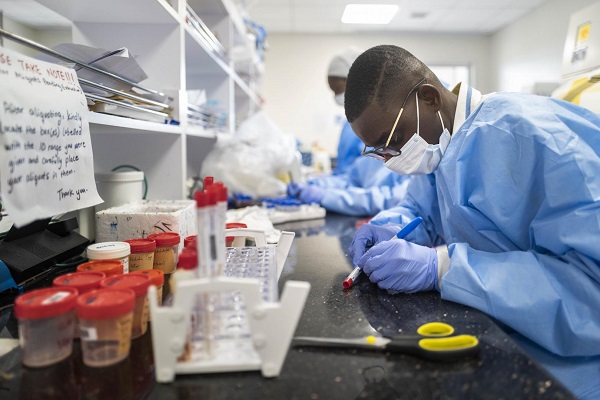 Johns Hopkins University has reported that more than 300,000 people have died from COVID-19 in the United States (US).

The Johns Hopkins University recorded 300,267 deaths and more than 16.3 million infections since the US outbreak began in early 2020.

The University released the data report on Monday, December 14, 2020, as the nation struggles to cope with spiking numbers of infections.

The US recorded an all-time high of 231,000 plus infections on Friday but confirmed cases have gradually declined to more than 190,000 on Sunday.

The country’s health experts have been on the edge as the rate of daily infections is far higher than at any time in the US outbreak.

The death rate also hit a high record on Friday when over 3,300 people were killed by the Coronavirus pandemic.

However, the deaths tend to lag behind infections the United States is bracing for a somber increase in fatalities.

The spikes are largely related to people choosing to gather indoors as temperatures dip across much of the nation, and as people come together for the winter holidays.

Amid the somber upticks, the US began rolling out over the weekend the first of two expected coronavirus vaccines.

The Pfizer-BioNTech vaccine received emergency use authorization for those 16 and older on Friday and began distribution on Sunday.

A second mRNA vaccine from Moderna is expected to also be considered for emergency use by the Food and Drug Administration in the coming weeks.