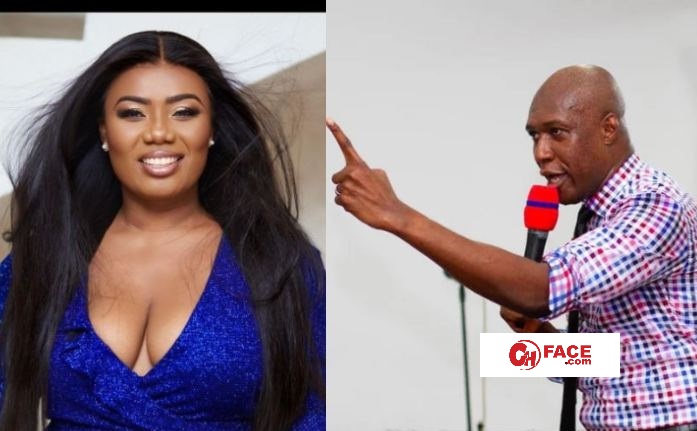 Ghanaian broadcast Journalist Bridget Otoo has taken Prophet Kofi Oduro to the cleaner over his ill comment about women.

Recalled the head Pastor of Alabaster Chapel International in a live video said ladies whose breasts have fallen at age 21 are worth GHC 200 as bride price and nothing more.

On this note, Bridget Otoo who felt that the man of God has no respect for women took to social media to vent her anger on him.

The former TV3 presenter in a Facebook post as sighted by Ghface.com warned Prophet Kofi Oduro to stop going about policing women’s bodies because that is not part of his calling as a preacher.

She also ‘schooled’ him that fallen breast is not as a result of some promiscuity as the man of God has suggested.

“Fallen breast is not as a result of promiscuity. Stop Policing women’s bodies. You have a mother, a sister, a wife, remember that when you open your mouth or pick your phone to post rubbish”.