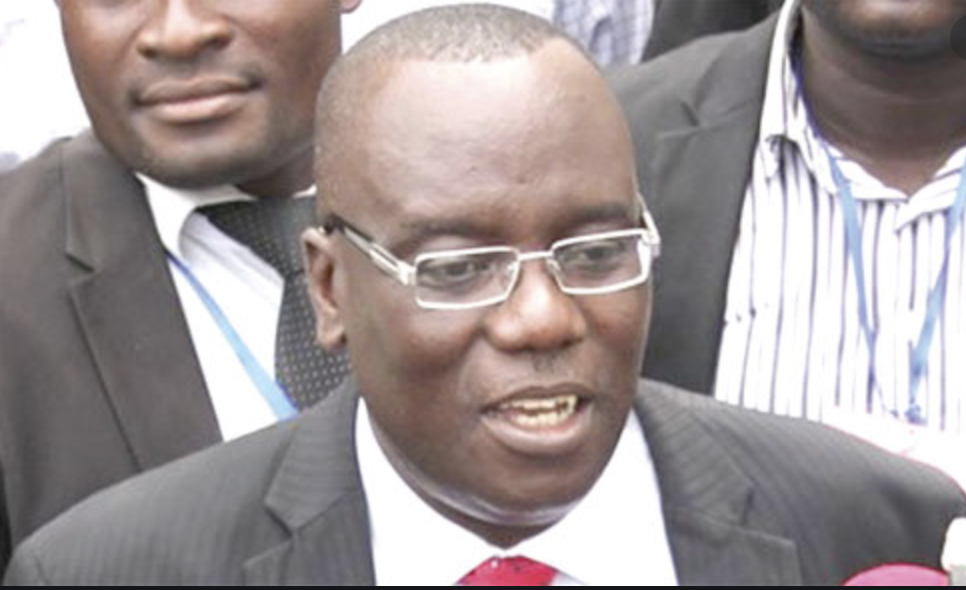 He is reported to have died in Accra after a short illness.

Until his death, Sir John was the CEO of the Forestry Commission.

He died after testing positive for Covid-19.

He succumbed to complications of the disease while undergoing treatment at the ICU of the Korle Bu Teaching Hospital.

Few minutes after the sad news of the passing of Mr Kwadwo Afriyie Owusu was announced, Eugene Arhin, the Communication Director for the President, shared a tribute.

“RIP Sir John…Till we meet again,” he wrote on Facebook.

TV personality Deloris Frimpong Manso, popularly known as ‘Delay, also revealed on her Instagram page that she spoke to the deceased last week.

The shocked broadcaster wrote: “…we spoke for more than 12 minutes, so what’s really happening…I can’t handle this…”

Mr. Owusu Afriyie became CEO of the Forestry Commission in March 2017 after being appointed to that position by President Akufo-Addo.

In July 2013, Afriyie was summoned to the Supreme Court of Ghana because he had made some potentially contemptuous comments.

He had criticized the Court for its actions in a criminal contempt case involving Sammy Awuku of the New Patriotic Party.

This was after he had implied that the justices’ continuous mention of public radio discussions on cases that were before the court was a ploy by the court to curtail people from expressing themselves.

Upon appearing before the court, his counsel, Ayikoi Otoo, pleaded with the court to be lenient and declared that his client had pleaded guilty to the charge.

According to Ayikoi Otoo, “… some power for which no one had control over, entered Owusu Afriyie, because as a lawyer, he ought to have known the law”.

The Peace Council also offered a plea on Afriyie’s behalf to the court. After a brief trial, Afriyie was fined ¢5000 cedis or, if he defaulted on payment, a six-month prison term.

Afriyie was made to sign a bond of good behaviour as well as retracting and offering an apology to the bench within 24 hours on the same platform he had used to criticise the court.

Sources say he was admitted to the Korle Bu Teaching Hospital last Thursday and he was moved to the ICU when he started experiencing breathing difficulties.

He was subsequently placed on a ventilator.

Sir John was born in the Ashanti Region and he attended Seventh Day Adventist Secondary School in Bekwai from where he obtained his GCE Ordinary level certificate.

He proceeded to obtain his GCE Advanced level certificate from Konongo Odumase Secondary School in Konongo.

Mr Owusu Afriyie was admitted to study political science at the University of Ghana after which he enrolled at the Ghana School of Law where he graduated with Bachelor of Laws.

He was then admitted as a solicitor and counsel for the Supreme Court of Ghana. Sir John entered into private law practice in 1981.

During the John Agyekum Kufour administration, he was appointed head of legal services at the Ghana National Petroleum Corporation (GNPC).

He was later made to act as the Deputy Chief Executive Officer of the corporation.

While managing his firm, Afriyie was also actively engaged in Ghanaian politics.

He lost his bid to secure a second term to Kwabena Agyapong. In May 2017, while serving as the CEO of the Forestry Commission, he publicly declared that he would contest the New Patriotic Party’s general secretary elections if there was an overwhelming call for him to do so.