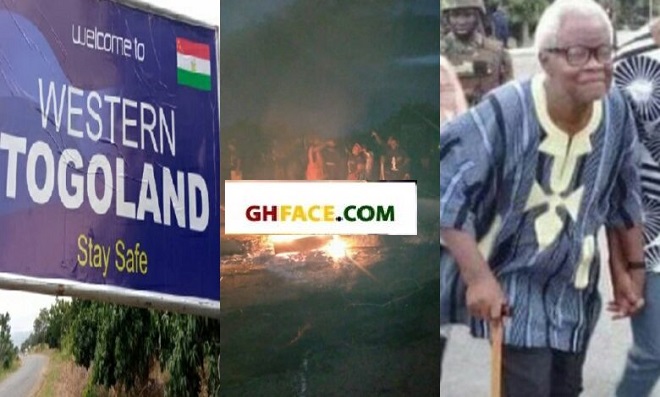 The government of Togo has its own internal issues to deal with and as a result, has little to no interest in the development being stoked by secessionist group, Western Togoland at least at the stage where it is now.

Reports indicate that interaction with a Togolese journalist on the update stemming from the brouhaha which has taken over the national interest in Ghana for the past four days indicated, that it has no immediate relevance to our French neighbors.

Despite the connection between the Western Togoland and Togo, Emmanuel Vitus disclosed that there has been no coverage by the media in Ghana’s neighboring country, as well as no mention by government officials about the development.

His account follows assertions by Member of Parliament for North Tongu constituency, Samuel Okudzeto Ablakwa, that persons who launched attacks on security agencies in the area, blocking roads leading to the Volta Region, were from Togo.

Mr Okudzeto Ablakwa on Monday morning revealed to Kwame Tikese of Okay FM that the intelligence gathered suggested that the culprits of the incident were of Togolese descent.

“The people who did it were well trained and when you listen to those at the forefront, they say that large majority of the attackers, the language and kind of war songs they were singing didn’t sound Ghanaian. With the variation in their version of the ewe language, at this point the suspicion is that they are from Togo. That is what many of the police chiefs I have spoken to have briefed me with.”

So far, about 29 of the members of the secessionist group have been arrested and jailed, awaiting trial.

The Togolese journalist who is well-versed with happenings in the country also asserted that persons who escaped and may have sneaked into the neighbouring country to seek solace will be rooted out by security officials.

“…Togo has a trans-border agreement with Ghana regarding such matters. The moment people actually start an armed conflict, they become terrorists… the government of Ghana will issue a warrant and Togolese government will act accordingly,” he indicated.

Citing similar circumstances in Cameroon and Somalia, he cautioned Ghana’s government to refrain fighting fire with fire since that could escalate the issue.

He noted further, that there was the need for extensive dialogue between the leadership of the group and government to douse the situation.

Again, he proposed increased developmental projects to be brought in areas where members of the Western Togoland group were situated since increased marginalization over the years had birthed the current predicament.

“The government of Ghana can never start an armed fight with the militia groups because we have seen experience in many countries. In Cameroon the government said that they will finish the militia group in one week; it has been almost 4 years, they have been fighting and killing and more than 2000 people have died in that crisis but it’s still ongoing. The moment it starts like that they have people who support them. People who come because of the resources they have in those regions will support them from abroad… and at a point, it escalates and gets to the point when the government can no longer dialogue with them.

“… the government of Ghana needs to have a development plan for those regions… if you visit those regions, there is always fear for any government that comes to power to develop those regions because they still have it in mind that a day will come, those populations will decide either to go back home or claim their independence,” he added.