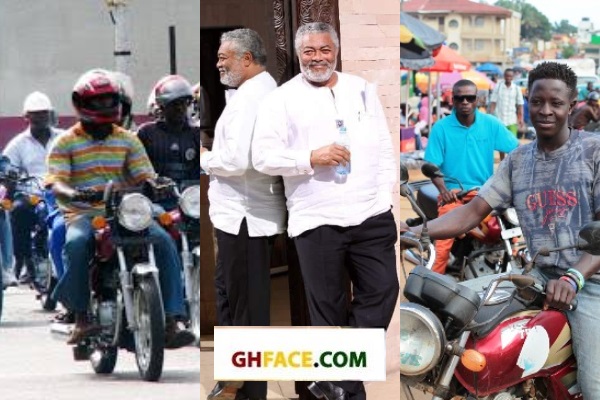 A group of Okada riders have stormed the ridge residence and office of former President Jerry John Rawlings following his demise.

According to these Okada riders, they were saddened upon hearing the unexpected death of the former military leader.

The death of Jerry John Rawlings on Thursday, November 12, has plunged the nation into a state of mourning.

Mr. Rawlings, aka Papa J, died at age 73 after reportedly battling an undisclosed ailment in the last couple of days.