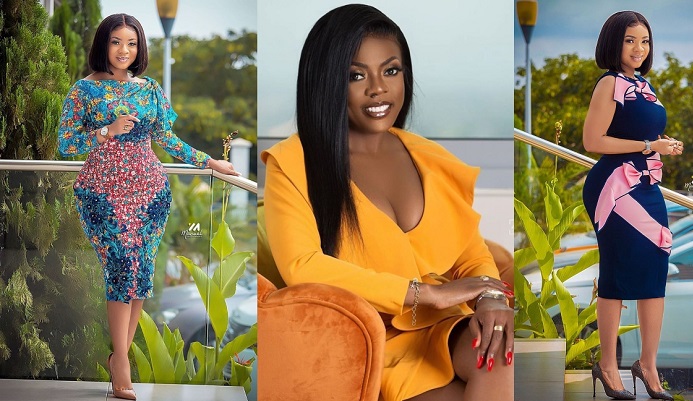 The acting General Manager of GHOne Television, Nana Aba Anamoah has ‘angrily’ accused her own goddaughter, Serwaa Amihere of betraying her.

In an Instagram post and monitored by Ghface.com, Nana Aba Anamoah, a seasoned journalist and a mentor to Serwaa Amihere in the same field has dropped reason for accusing the latter of being a betrayal.

According to the mother of one, her mentee, Serwaa Amihere failed to honor a dinner promised she herself made to the former.

‘Angry’ Nana Aba Anamoah noted with resentment that Miss Amihere was happily posting the photos and videos of the other dinner on her WhatsApp status instead of her to needfully apologize and pacify her.

Here’s the signed post of Nana Aba Anamoah below;

“Ladies and gentlemen, @serwaaamihere promised to have dinner with me last week. I was so excited and prepared emotionally, mentally, and hungrily for it. Guess what, I didn’t hear from this traitor all day ooo. The worst part? she had dinner with someone else and was happily posting videos and pictures on her WhatsApp. She cheated on me. I am by this post renouncing and blocking her from my life unless she pacifies me. You can all decide what form the pacification must take.