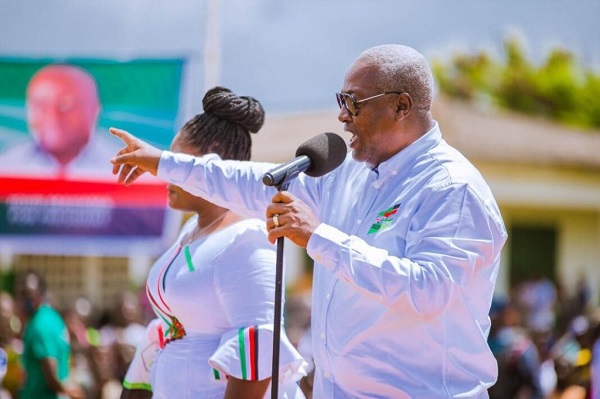 In an interview on Accra-based Starr FM, John Mahama said celebrities who endorse political parties in Ghana have a chance of denting their careers.

The former president said politics in Ghana have not reached the status where public figures can support parties without criticisms.

Musicians will make music for you and all that but it doesn’t really amount to an endorsement. We don’t understand some of these things.

In Ghana, when a musician makes music for you a political party then he comes against quite a lot antipathy from the supporters of the other party and that shouldn’t be the case.

Unfortunately, that is what happens. In this campaign, I have tried to discourage getting celebs involve because it leads to destruction of their careers so if you notice I am not going around with celebs and musicians because our politics don’t understand these things.

I don’t have any antipathy or anger with anyone endorsing Nana Addo. They are talented musicians and I listen to Samini’s ‘Linda’ song so I like him.

My attitude towards them hasn’t changed. If he has done that, they must have their reasons but I wont get them involved.

People will misinterpret it and say because they support they wont patronise their works and I don’t want that.