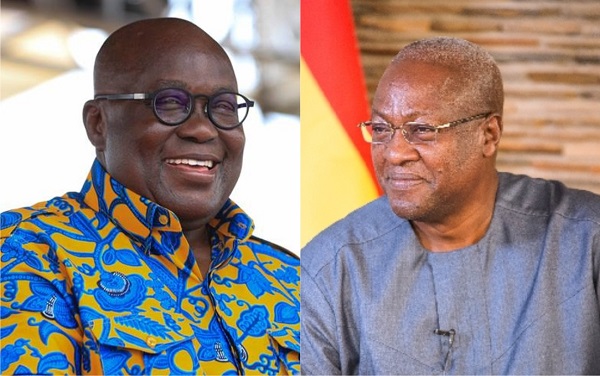 The governing New Patriotic Party (NPP) has mounted a defense on why it has refused to accept the challenge of former President John Mahama to a debate on the performance record of their respective governments.

In an interview on Joy FM’s Top Story Thursday, Deputy Information Minister, Pius Enam Hadzide described the debate challenged as unnecessary since the citizens have witnessed immense development under the leadership of the incumbent government.

According to him, the NDC flagbearer is adopting a ‘desperate’ but ‘smart’ way to deceive Ghanaians.

He added that the debate between the President and Mr. Mahama will not cause any change, but, disrupt the government from providing the needs of the citizens.

“The President is not afraid to have a debate with Mr. Mahama but the issue is that the invitation is pointless because the president will only repeat what [Vice President] Dr. Mahamudu Bawumia already said on Tuesday,” he stated.

“So why must the President be the one Mr. Mahama will want to debate with when all he [President Akufo-Addo] will do is rehash the achievements everybody knows?”

Earlier today, former President Mahama threw a challenge to his successor for a debate on the performance record of their respective governments, especially in the infrastructural development sector.

“I am willing to present myself for a debate with President Akufo-Addo any day, anytime, anywhere. And we will settle the matter once and for all,” he said.

Mr Mahama said he is poised to compare records of both administrations to clearly assess who had done more for the country even though the incumbent government had earlier described infrastructural development as unnecessary, ahead of the 2016 elections.

However, the Deputy Information Minister accused Mr. Mahama of using a strategy because he has realized his government performed abysmally in the sector of changing the livelihoods of citizens.

On his part, NDC’s National Communications Officer, Sammy Gyamfi said the debate is the only way to settle the unending contention between NPP and NDC on who has performed better whilst in power.

Expressing disbelief on the reply of the NPP, he said,

“When former President Mahama was president, he was ready to debate with the then Presidential Candidate Nana Akufo-Addo. And now as that Nana Addo is President he has been a challenge and he is beating about bush.”