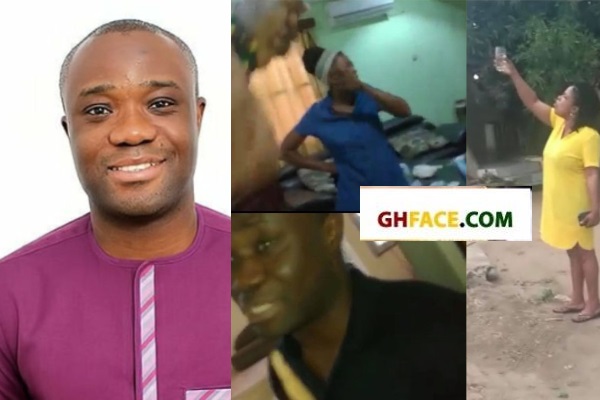 Honorable Felix Ofosu Kwakye has broken silence over his involvement in an alleged sex scandal with someone’s girlfriend, says he went for donation items.

It could be recalled that in the viral video, Felix Ofosu was allegedly caught in the room of an engaged woman who’s now identified as Dela.

According to earlier reports, the brother-in-law and sister-in-law of the betrothed lady, Dela caught him in the room at an ungodly hour of 5 am.

Well, the former Deputy Information Minister has finally spoken about the viral video and explained why he was at the house and the room of Dela at that time.

“I kept the items for my primaries at the ladies’ house”.

“Some hospital beds and 1,200 pieces of cloths. I didn’t have space at my place.

“I had gone for it at dawn on my way to the Constituency and two women came there with a guy saying I had something to do with the lady. I had absolutely nothing to do with her.”