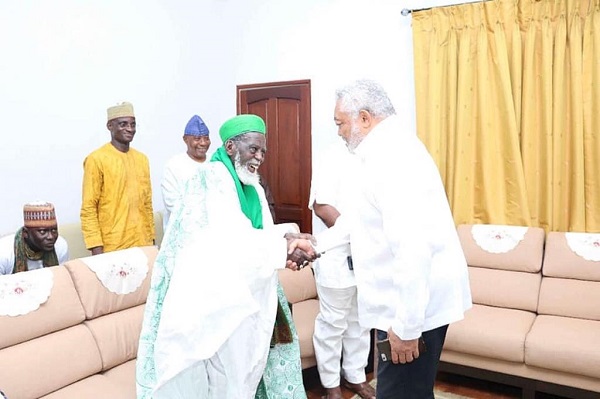 A statement issued in Accra by Sheikh Armiyawo Shaibu, the Spokesperson for the National Chief Imam said;

“For the bereaved family, in particular, the loss of a personality of such eminence cannot go without emotional pain and agony, but as people of faith, we share the common belief that death is unquestionably a destiny common to all humans, which occurs at a time divinely determined and immutably fixed.”

“It is, therefore, most befitting that we honor his memory even as the family and nation mourn his departure from mundane life.”