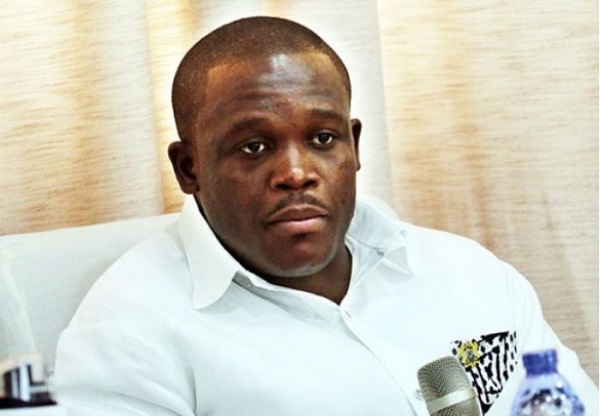 The Ghana Police Service has arrested a man believed to be either a ritualist or mallam for allegedly using Sam George’s campaign posters for rituals in the Volta Lake.

According to witness reports, the mallam who has in his possession the 2020 campaign posters of the Member of Parliament for the Ningo Prampram constituency was vividly caught chanting and throwing the posters into the Lake one after the other.

At the scene of the incident were some natives of Kpong, a sub of Ningo Prampram who reported the said mallam to the police hence his arrest for further investigations.

The mallam is being processed for court for allegedly being contracted to do some rituals with posters of the lawmaker and illegally having in his custody items that do not belong to him.

Reacting to the incident, the man at the center, hon. Sam George confidently said he is unperturbed no matter the schemes of the enemy because God is with him.