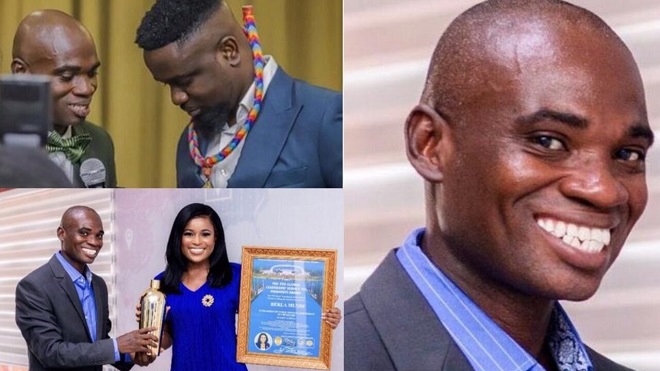 The self-acclaimed Global Ambassador for the United Nations (UN) “Dr UN”, born Kwame Fordjour has been arrested in Kumasi.

Dr. UN was grabbed in the studios of Kumasi-based Hello FM during an interview session although the reason for his arrest is not readily known.

Kwame Fordjour became popular this year after he organized fake United Nations awards in the country.

Top personalities such as Sarkodie. D-Black and Nathaniel Attoh were all recipients of the fake award.