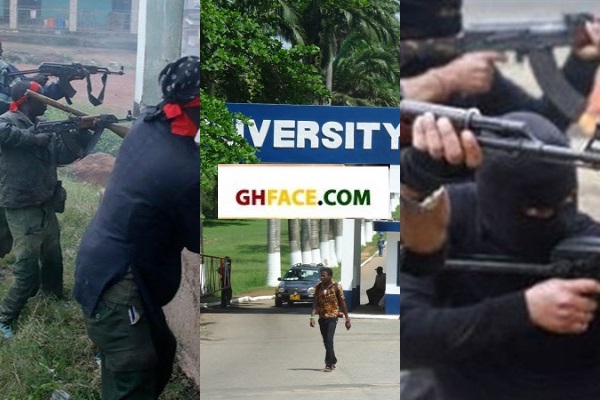 Students of the University of Cape Coast (UCC) have been attacked by some armed robbers in the late hours of Monday, 12th October.

Reliable information gathered by Ghface.com indicates that the robbers stormed the University campus with knives and guns to rob the students of their possessions.

Most of the affected students revealed that they have been battling issues of robbery on campus, sometimes at knifepoint for some years now.

According to one student, about five armed robbers stormed the campus to steal valuables such as laptops, mobile phones, money, and others belonging to the students.